As lockdown restrictions have eased, we’ve seen the corresponding resumption of journeys across all modes of transport around the country. Whether commuting, going on holiday or finally seeing loved ones, movement across the UK is a great sign of both normality and economic recovery. 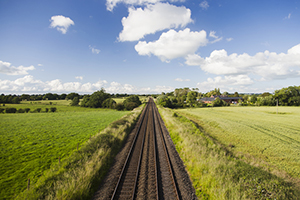 We support the government’s goal, set out in the Union Connectivity Review, of better connecting all four corners of the UK as a driver to grow the economy and level up the country. However, the way people travel could have significant environmental costs unless the government supports and encourages a shift towards greener modes of travel.

Transport is the biggest polluting sector in the UK. Therefore, huge change is required of the sector to play its role in supporting the government’s legal commitment to reach net zero by 2050. Yet the government is currently consulting (Consultation on Aviation Tax Reform) on reducing Air Passenger Duty (APD) on domestic flights.

Rail is an inherently low carbon form of transport. Across the UK, rail carries 10% of passenger miles yet it only accounts for 1.4% of transport emissions. Our research estimates that a 50% cut in APD could result in 222,000 fewer train journeys as people shift to planes - equivalent to over 1,000 extra flights. These extra plane journeys equate to an estimated 27,000 additional tonnes of carbon emissions.

Aviation has an important role to play in connecting places where other types of transport aren’t a realistic option. However, simply cutting APD would make flying the more attractive option for many people on routes where there is a greener alternative. The interim Union Connectivity Review itself said this should only happen where going by rail is not ‘realistic’. Definitions here are key.

Train companies propose that any journey that can be made by rail in under 5 hours should be regarded as realistic. Therefore, there should be no cuts to APD on routes equivalent to those journeys.

We’re also calling on the government to level the playing field on transport taxes more widely so that, wherever possible, the greenest mode is the most attractive price option. The current system effectively penalises the rail industry for replacing diesel trains with cleaner electric trains, with taxes on electricity now making up almost 40% of the total cost of powering electric trains, up from 12% a decade ago. Compared to other modes of transport, air passengers pay a much smaller proportion of the climate costs associated with their travel.

The rail industry has also called for a simpler fares structure to make it easier for people to choose the train over other modes of transport. The current fares system is widely regarded as too complicated and highly restrictive which often disincentivises people from choosing rail.

Last month’s announcement of the Plan for Rail unveiled a raft of reforms to deliver change in the rail industry including fares changes. Current plans are a step in the right direction, but to really maximise the benefits and make it easier for people to get good value fares requires government to go further to truly transform the fares system. Passengers need to have a wider range of walk up prices and have a greater chance of getting a seat with demand spread more evenly throughout the day.

A wholesale reduction on domestic APD runs the risk of shifting passengers from rail to air even if rail is a realistic alternative. It’s vital that government uses the levers of taxes and fares to encourage people to make greener travel choices wherever possible.

Simply put, choosing rail is one easy way people can do their bit to help us reach net zero and government policy should encourage this wherever possible.